This Top 6 countdown of the worst place to live in Atlanta is a warning...

to all of those who think they should drop everything and move with just a couple of bucks in your pocket. Don't do it.

Metro Atlanta for the most part is great and still reasonably affordable. But you could find yourself in a world of trouble if you call yourself cheap and want to live where rent is close to nothing. This countdown showcases the Top 6 Worst places to live in Atlanta so you will know before you go full steam ahead. Unless you have dreams of being a drug lord once you get here. Gentrification has recently changed a lot of things so some may no longer be the worst place to live in Atlanta bu if you are a decent person wanting to leave a mess in your hometown, I want you to still beware.

So you’re ready to move to Atlanta, Even better you found an apartment that only charges $650 a month. After watching my video about how great things can be, you’ve packed a duffel bag and are ready to leave your city. Before you jump on the next plane let’s make sure you are not moving to one of these worst area in Atlanta. engage!


6.Stone Mountain
Stone Mountain is where the ku klux klan was Re-born. Although that is hardly your problem anymore, because most of the racist people are a bunch of frail meth heads with no influence over themselves let alone anyone else. In 2020 though, problem is crime. With a crime rate of 43 per one thousand residents, Stone Mountain has one of the highest crime rates in America. Your chance of becoming a victim of either violent or property crime here is 1 in 23. Its still possible to luck up with a cool area in stone mountain but that’s until you're ready to move up. I suggest you avoid anything along Hairston Road and tree Hill.

5.East Atlanta
(Flat Shouls Ave turns into Boulder-crest road. But it doesn't matter that the streets change names, cause it’s still the same)If you are anywhere between the east-side church and Faith Covenant Church, may God be with you! One of the rules of thumb to know if you have hit the wrong neighborhood is, and this may sound counter intuitive, but the more cars you see parked outside of people’s homes when you know there is no function you need to get back on the highway. Steer clear if there are 3 or more cars parked in front of the houses on the street. I’ll explain my theory on that, a little later but also look out for bad car paint-jobs, obvious aftermarket parts, and parked in the grass instead of the driveway.

4.Clayton County
I guess I can say the same thing about all counties in Atlanta but Clayton Country really has 2 different kings of streets. Clayco has a lot of really nice areas some streets with million dollar homes. But if you you don’t have direct directions of where to go, you may get caught in a part of town that will have you surrounded by people you will wish you never had the chance to meet. Well, maybe I should take that back.. If you’re a gangsta and you’re moving down here to be in the middle of some crime, this may be the perfect place for you.

3.College Park
There is one area in college park that you want to avoid. Princeton drive between McDonald St. And Cox Court. Freaks will be looking at you trying to see how they can get 1 over on you. There was a running joke that the wire wasn’t really a scripted show about Baltimore and it was actually a documentary. If you wander into the wrong neighborhood in College park, you will start to think that the Walking Dead is also a documentary about Atlanta. Random people will be walking down the street looking like walkers in real life. I’m sure it’s from drug issues which I don’t want to make fun of because we all know drug issues arise in communities with government distributed poverty and mental health issues.

2.The Bluffs (The Bluff of English Avenue)
The intersection of Jett Street and North Avenue NW is the epicenter of where the ultimate ghetto “snow and the bluffs”movie was filmed. This movie makes you think everything was captured during with a stolen camcorder and nothing was scripted. I doubt it but If that movie was your first time seeing Atlanta, I’m sure you have NO desire to live in Atlanta. Even more puzzling is the fact that bluffs and other rough neighborhoods around it is very close to all of the well known Atlanta HBCUs like Spellman and Clarke. But I know for a fact that theirs a hood in every American city. This just happens to be Atlanta’s more famous hood. So stay away from from the corner and 5 streets in any direction

1.Douglas County:
Douglas county is where dreams go to die. The homes and apartments in Douglasville and the entire Douglas County in general are very cheap.. But that’s how they get you. You are going to have to stay on high alert. But even after being super careful you still will probably become a victim to this little trash town. The police department is running a racket. It will be almost like you are already living in jail and the beat cops are just the wardens riding around trying to find any excuse to accuse you of messing up. They are not above instigating a conflict so they can do their best to destroy your entire life and drain every penny you and your family may have stashed away. I truly think the County would financially collapse if the law enforcement racket stopped. Everyone in power is in on it too. The cops, the lawyers, the probation officers, the parole board and bail bonds men all are anxiously awaiting for their next victim. Stay as far away from Douglas county as you can… 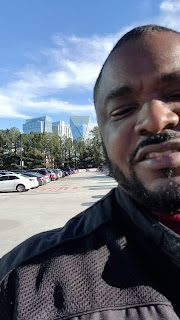 Is there any horrible parts of Atlanta that I missed? Use the comment section below and tell me about it. I love reading and responding to you. I hope I didn’t give you the entirely wrong impression about Atlanta. As you can see in my 2 earlier videos about my experience moving to Atlanta, I love it down here. The neighborhoods I just mentioned are not what most people will ever have to experience - when coming in from out of town. These places are mainly just poor in general. After traveling around the world, I can tell you for a fact that anywhere where there are poor people, whether they are Black White Spanish or Asian, there are going to be issues. The cliched Pookie and RayRay have identical twins named Preston with the trench coat, loco Jarvier and, The Crazy Nguyens. Live somewhere where you can set yourself up like a King...

Now, my team and I would love to meet you Tuesday in Atlanta at 7pm. We want to properly introduce the PlanNet Marketing opportunity to you. Learn how we works from home full time or part time, in the Travel Industry. There will be no pressure, just exactly 60 minutes of powerful info!, and trust me, it’s a no-brainer. Use the info on this flyer to attend. Travel is our passion.

Brazil Carnival is about to POP OFF!