Top 10 Most Developed Cities in Africa

Top 10 Most Developed Cities in Africa

The Passport Kings Top 10 most Developed cities in Africa...

video is showcasing a list cities, in countries, in Africa that the media doesn't often show you. I made this list based on a combination of GDP, Beauty of the city, Tourist Attractions you probably want to visit, and Skylines in Africa that are so nice, you would have to see to believe. I did a survey on my YouTube page asking what topics people wanted to see more videos about. Africa had an overwhelming response. This video is about the top 10 most developed cities in Africa, and a lot more Africa Based videos are in the works. Enjoy, Share and give the video a thumbs up on YouTube.

Making a list about the Top 10 Most Developed cities is not as complicated as some may think.

As much as the world is waking up to the beautiful and well off nations in Africa, there are still quite a few people who still think of Africa as starving children with flies on their faces walking 50 miles to get clean water. Although you can find certain parts of Africa where hunger and disease is still a major issue, for the most part Africa has cities and countries that rivals and sometimes outdoes other cities continents in the world when it comes to development. Today on Passport Kings I am doing a countdown of the top ten most developed countries in Africa.

Now what exactly does developed mean when making a list about the 10 most developed cities in Africa? When I think of developed the first thing that comes to mind is a huge Cityscape filled fancy designed skyscrapers where business is handled and working people commute to and from. Cleanliness helps but not all major cities in the world are clean. As well developed as Paris or New York is for instance, pollution, rats and trash are also seen in many tourist videos.

On wikipedia their definition of Developed country is “Most commonly, the criteria for evaluating the degree of economic development are gross domestic product (GDP), gross national product (GNP), the per capita income, level of industrialization, amount of widespread infrastructure and general standard of living” Neither of these descriptions really felt like the right way to decide the Top 10 Most developed cities in Africa so in my list I will combine those 2 definitions.
Dar es Salaam used to be the capital and richest city in Tanzania. Dar es Salaam is still the center

government in Tanzania and the place where most business takes place. This country is also the site of Africa's highest mountain, Kilimanjaro. You will also find the Serengeti. To embark on a safari here in Tanzania is to discover the wonder of this friendly African paradise. The tour guides may try to rush you from one amazing scene to the next. Slow them down. All around “Peace” is a major bragging right for the residents. It’s the leading business center in Africa so it is very developed.

Kigali, Rwanda’s capital, is praised on the continent as “Africa’s cleanest city”. Kigali practices Umuganda. The original meaning of this word is “coming together to achieve a common purpose” but the word now also represents The country’s 2008 ban on non-biodegradable plastics. On the last the last Saturday of every month, there is a mandatory citywide collaboration to clean all public spaces. The results are so clear that many cities across the globe should copy.
Nairobi is the capital city of Kenya
And has the almost 4 million 4 hundred thousand people which makes it the city with the most people in eastern Africa. It’s the 4th largest trading site in Africa so being developed just comes with the political and financial size of this economy. What’s called “The Green city in the sun” Nairobi has the largest and second-oldest exchange on the continent, The Nairobi Securities Exchange (NSE.)The Nairobi national museum displays the history of Kenya with handcrafts, fossils of extinct animals, portraits, and other exhibits. Most tourists who travel to Kenya visit Nairobi heading to other destinations in the country like national parks and safari trips. Just don’t forget to see the city so you can be amazed at how developed it is.

This Island nation is one of Africa’s main financial centers. In 1968 Port Louis and the rest of Mauritius became independent from the french invaders. Many Languages are spoken including English and French. They have multiple religions, and multiple cultures. The island's government is modeled after the Westminster Parliamentary system. Democracy, economic and political freedom makes this place special. The financial hub, tourism, manufacturing sector, and port facilities are some of the best on the continent.The island is surrounded by white sandy beaches, and inhabits the world's third-largest coral reef. 49 uninhabited islands are close by and used as natural reserves for endangered species.
By population, Johannesburg is the largest and wealthiest city in South Africa. This city crowded with large business centers, highways and tourist attractions. Most residents will tell you to visit Soweto for the more cultural experiences. I didn’t get a chance to go while I was in Sandton but there are wildlife safaris that were like a $20 cab ride away. This city is also the largest economy of any metropolitan region in Sub-Saharan Africa. You can watch my entire video on my visit to Johannesburg, South Africa here.
Cairo is the second-largest city in Africa after Lagos. The city has a population of over 20 million

people. It beat out New York and Paris for the “world’s most 24-hour city” according to Badoo. Cairo’s history is 7000 years old, during that time, many Dynasties has changed faces. Egyptians hoard all artifacts left by past rulers. So the largest number of museums is in Egypt. Cairo accounts for 11% of Egypt's population and 22% of its economy. The majority of the nation's commerce is there, or passes through the city. Publishing houses, media outlets and film studios are in Cairo. Half of the nation's hospitals and universities also reside here. Most buildings are less than 15 years old.
Tunis is both the capital and the largest city of Tunisia. There are 2 million 700 thousand people living in here. The greater metropolitan area is often called grand Tunis. Just outside the city you can ride camels through the sand dunes of the Sahara Desert. Tunis is the political capital of the country and the center of commercial activities. Tunis has a really strict set of rules to adhere to, so make sure you are well aware of laws and general practices before you go wandering into this city.
Cape Town is quickly becoming the most popular city in South Africa. It already has the 2nd largest population. Visitors who have been to both highly recommends Cape Town over Johannesburg. Cape town is famous for its party atmosphere in the harbour, and exciting scenery at Table Mountain and Cape Point. It is the most popular international tourist destination in South Africa. 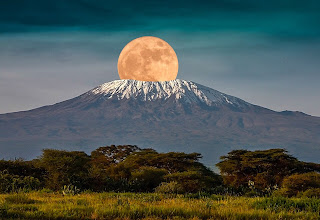 Botswana is globally known for its wildlife, cultural aspect and wilderness.The centre of the city is a long strip of commercial businesses, called "Main Mall" with a semicircle-shaped area of government offices to its east. Gaborone is one of the fastest-growing cities in the world. The growth of Gaborone, especially suburban growth, has caused much of the farmland surrounding the city to be absorbed into the city. Much of the food for Gaborone comes from north of the city with some smaller-scale farms on the southern end. Gaborone is the economic capital as well as the government capital; it is headquarters to numerous companies and the Botswana Stock Exchange. Gaborone is also home to the Southern African Development Community (SADC), a regional economic community established in 1980 Official capital city of Botswana, Gaborone is one of the most beautiful cities of Southern Africa. Being one of the largest producers of diamond in the world, Gaborone is one of the best cities to settle down. .
Being the capital of the biggest economy of Africa, Abuja is the most developed and richest city in Africa. The richest man in Africa was from Abuja? And Until the Mogul Akon finishes Akon city in Senegal, this is the current top 10! 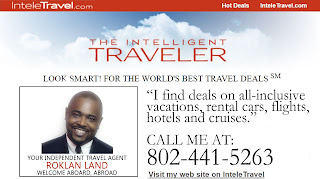