What does "Don't move to Atlanta, We Full!" even mean? | Passport Kings

Home What does "Don't move to Atlanta, We Full!" even mean?

What does "Don't move to Atlanta, We Full!" even mean?

What does "Don't move to Atlanta, We Full!" even mean?

As soon as someone mention moving to Atlanta, like clockwork, you will hear someone yelling, “WE FULL!”

Why do they say this? What do they mean?  Let’s find out today, Engage!

When you are young, dumb, and not very well-traveled, you may associate bad accents and mispronunciations of words to someone being dumb. When I first heard some people in Atlanta talking, I thought this has got to be the dumbest bach of people I’ve ever encountered.

They leave the last few letters off of most words and they jumble so many words together that it’s almost impossible to understand if you’re not used to it. I remember someone telling me. “Oh, let’s do it” was the most popular song on the radio. I was like what? They played it “Olay-doo-ay” I was like, how on earth did you understand that? 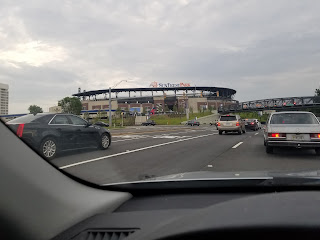 I moved down here on my own 16 years ago. But before that, when I was in high school, My Mother sent me down here for a year to stay with my older brother because I was acting an ass in school up in NYC.

Listening to the folks down here talk was comical.

And the chicks in my new school treated me and my NYC slang like I was a FEMA doctor in a poor country coming to administer medicine for their society to beat a local disease.

But that was the 90s though. So don’t expect the same infatuation with your accent these days.

But, after a short time, and getting to know people, my perspective started to change. I slowly started to realize that even though these dudes and chicks were talking differently than me, they really knew what they were talking about.

I realized I was talking to some of the smartest, most enterprising, and calculated people I had ever met in my life. The circle I surrounded myself with was different but made me ashamed to ever think that an accent could determine if someone was smart or not. And in all reality,

I was the one with the accent being that I was the visitor. 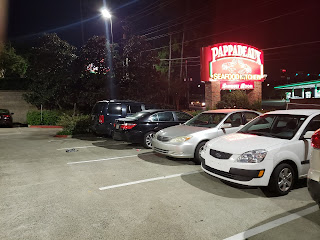 And I say all of that to say, a whole lot of people who were born in Atlanta are extremely street smart, well educated, and dope people to be around - Martin Luther King JR, Maynard Jackson were from Atlanta. Listen to TI and Killer Mike speak and you’ll see they’re brilliant. The most insightful and fact-driven knowledge you’ll ever get from a political pundit will come from Glenwood Road’s Rashaad Richie.

but at the same time,

there are still some really corny, snobby for no reason, proud to be bummy, dummies who were also born and raised in Atlanta.

And the Number one thing that these mentally less fortunate people do is CONSTANTLY use old tired cliches!

“You may have come here, but I’m from here”

“You take the good with the bad and you glad” or

“I was born and raised, cornfed and graised”

or some other tired, unoriginal, rhyming, thingamajig that they’ll say, that I guess at some point helped old black farmers remember how to milk cows or some shit.

A lot of people who move down here slowly start to forget their style, originality, and essence. I guess it’s an assimilation process and these transplants start to become followers of the corny, dummy, atlIENS.

And these transplants are the creators of the phrase “Don’t move to Atlanta, we Full!” huew, hew, hew (Slow laugh)

“Don’t move to Atlanta we full” is a cliche that only other people who also moved to Atlanta use.

Cliches take no effort to repeat.

According to the dictionary, Cliches are phrases or opinions that are overused and betrays a lack of original thought.

Maybe it was clever and funny the first time you heard it or read it on a shirt, but now, it’s just predictable and annoying. 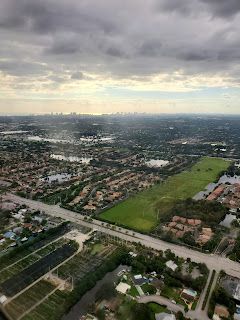 How are the Highways:

On Friday Rush Hour, (Both of Chris tucker’s movies BTW) The highways are horrendous. They will be packed, Bumper to Bumper.

But what’s interesting is you can be on that same exact route, at the same exact time on Monday, Tuesday, Wednesday, Thursday, Saturday, and Sunday and those roads will be So empty you’ll rarely see anyone in your rearview mirror.

Saturday Afternoons will probably get you stuck behind construction on the 285 highway but not many people are traveling that time of day anyway. Just keep it in mind if you are going to the airport or a day party.

Why and how is that possible? After all of my years of living here, I still can’t figure it out. I guess it has something to do with visitors coming to town for the weekend but to this day, but after 16 years it still puzzles me.

But instead of sitting around pondering about why this is happening and singing “WE SHALL OVERCOME this Traffic” what you could do is just plan ahead on Fridays since you know what awaits you on the roads. Then POOOF that problem is solved.

It is NOT expensive to move to Atlanta, the prices of everyday items are about the same as they will be in most cities around the country but you will save on everything else when it comes to the everyday cost of living expenses and convenience.

Go to the movies,

and within minutes you’ll be eating popcorn, watching very popular movies in a not so crowded theatre.

Popular restaurants will sometimes make you hold for a table, but the most they will say is about 30 minutes. I recall restaurants in New York, making us wait 3-4 hours.

I’ve mentioned this in my previous videos about Atlanta but visiting Public Services Places like DMV, The Courts and Registration and even the IRS building is still like living in a Parallel universe compared to what I was used to in NEW YORK… So no, we are not full in that department either 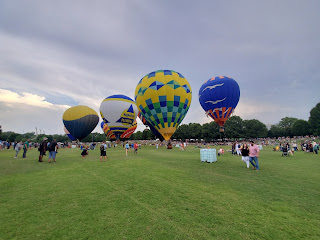 Well-paying Jobs are still easy to get if you have the right skills. And if you keep your skills updated, you’ll not have to worry about someone taking your job or getting paid more than you. If you don’t have skills, almost every retail store, supermarket, and gas station has a new hiring sign on their front door. If this place was “SO FULL” there wouldn't be so many available jobs. If your job aint paying you enough, either upgrade your skills or make sure you get a degree in something that’s actually marketable.

If you are looking for an apartment and you have the money for 1st and last months rent, you can move in that day. No waiting lists. Full cities can’t say that. Just make sure you start looking for a steady income immediately

The same goes for homes. New houses are being built everywhere and the only thing that will keep you out of them is your budget, not a lack of space.  It depends on what you’re used to and willing to deal with when it comes to how much money you need to live comfortably in Atlanta

Clubs can get crowded. But there is always still room to move around unlike some clubs I’ve been to in NYC, Miami, and VEGAS

Atlanta aint full. A lot of people who say that are selfish, haters, and FULL of SHIT

They have a good thing going on down here in Atlanta and they don’t want to share. In the playlist I’m attaching to the end screen, I want you to take notice of how my experience has been living in Atlanta.

Honestly, a lot moved away from their native cities to put space between themselves and certain people. To then see those people getting off the greyhound in front of your house can be pretty disappointing. So I guess that’s why they coined the term. 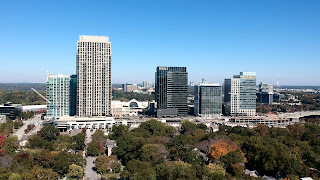 Are you thinking about moving to Atlanta but don’t want to go from 1 crowded city to the next? Are you currently living in a small city and want to see what big city living is like? Type “Atlanta aint full and I’m coming on down!”  in the comments section below and tell me about it.

Book a trip to Atlanta right now. Passport Kings will make sure you get the lowest prices for your vacations. Go to the updated www.passportkings.com and compare offers from over 4 million flight and hotel brands in one place!
Is Atlanta Paradise? NO. Is Atlanta a Good Place to Live? Yes. Is it full? Not by a long shot. Can you live like a king? Yes, A Passport King!
Atlanta COst of Livingis atalnta fullmoving to atlmoving to AtlantaStop coming to atlantaWe full