Why are Haiti and The Dominican Republic so different | Passport Kings

Why are Haiti and The Dominican Republic so different

Hispaniola, an island that was home to the Tiano people, was taken in 2 very different directions by the 2 European gangs sent to conquer them.

DR is a top-rated tourist destination, while Haiti continues to struggle and remains one of the world’s poorest countries. Why is this so? 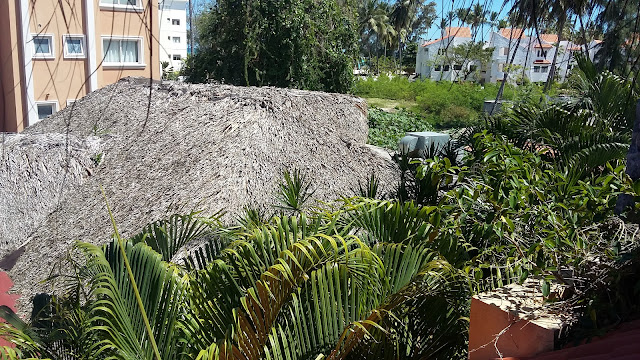 The 2 countries have incredibly different histories and cultural identities.

The citizens of both sides of this island are a mix of natives to Hispaniola, European Colonizers, and the people from Africa that the colonizers forced into slavery and brought to the island to do all of the work they refused to do.

Today, the two countries have very different political and economic systems as well as vastly different reputations on the world's stage, when it comes to which side of Hispaniola is worth a visit.

So what makes them so different?

Why are facts about these 2 countries so conflicting, sugar-coated, and hard to come by?

In this article, I’ll briefly examine a few key factors that have led to their very different reputations.

Beware, we are taking the kid gloves off for this one. I am neither from Haiti nor the Dominican Republic. I'm a Travel Agent and I get asked these questions all of the time.

Here are the answers I found through research, testimonies, and cross-referencing. 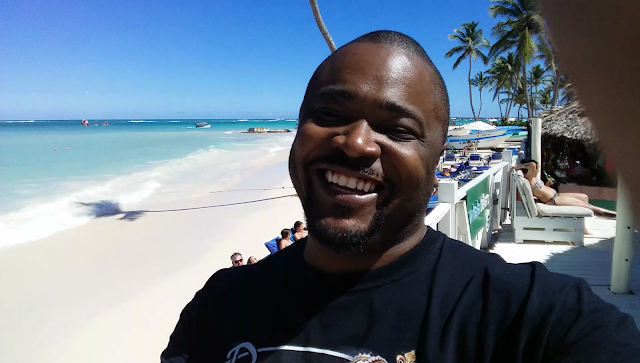 Over four hundred years ago, Spain invaded what we now call The Dominican Republic. Christopher Columbus was pretty much, lost at sea when he landed upon Hispaniola while he was originally looking for a new route to India and China.

This murderous Bozo is also well known for thinking the people in America were actually Indians because he still thought he was in India.

The Dominican Republic was then colonized by Spain.

In 1492, much like his visits to other countries, he decided that everyone who lived on this island was inferior to him and the residents of Spain.

With heartlessness and Viciousness, he colonized the entire island, enslaving all of its Tiano residents and destroying their history to a point that no one remembers what Hispaniola was originally called.

Spain also brought in enslaved people from Africa to do all of the heavy lifting.

Spain was nowhere near finished raping and pillaging all of the desirable resources when the south side of Hispaniola was colonized in 1659 by a much stronger invading force from France.

Instead of completely decimating Christopher Columbus's army, The French armada, led by Napoleon's brother Charles Leclerc pushed Spain to the West side of the island. Creating what is now known as Haiti to East.

After an almost impossible battle, Haiti won the War for Independence on January 1, 1804.

This victory was so monumental that many people in the world actually consider magic (in the form of VooDoo) as being the driving force to victory by the much poorer and less militarized Slaves from Africa and Tiano coalition, led by Toussaint L Ouverture.

But France was still tight. Realizing they couldn't defeat Haiti in combat, they pretty much sued Haiti for the profits being made on the island.

Haiti has been paying France ever since, which pretty much brought state-building and progress to a halt for over 200 years.

While both countries have been ruled by authoritarian regimes in recent history, during those periods they’ve followed opposite political paths.

The U.S. occupied DR in order to help end the Totalitarian Dictatorships. Rafael Trujillo who was the last of DR's Dictators got GOT in 1961.

In 1963, Juan Bosch was voted in to be President with an actual election. Bosch was tossed out the same year via a coup.

There was another military coup 2 years later by the Bosch team to regain power. Since then, power exchanges have been more civilized and less bloody.

Haiti has seen a parade of similar leaders since its revolution in 1804.

Today's Haiti is in what is called a semi-presidential republic.

The elections are a result of citizens voting but multiple coup attempts, internal conflicts, and regime changes keep the government in a dynamic state.

Today's leaders in both countries are far more liberal and seem to believe in a more fair distribution of power between the leaders and citizens.

Economic Difference in DR vs Haiti

Economically, Haiti is very poor, with a GDP per capita of $1,010. In contrast, The Dominican Republic has a GDP hovering around $7,000.

Haiti has a friend in the US when it comes to exports.

The US receives knitted clothing and fish, tariff-free.

Farming which is at constant odds with natural disasters helps Haiti produce and export fruit, oils, and coffee.

After a significant 6.7% fall in 2020 thanks to slow mining profits, the DR's economy grew over 12.% just 1 year later. Although DR is still the 7th poorest country in North America it has experienced 25 years of economic growth.

It is one of the fastest-growing economies in the Caribbean. Yet, only 33% of women and 61% of men are in the workforce. 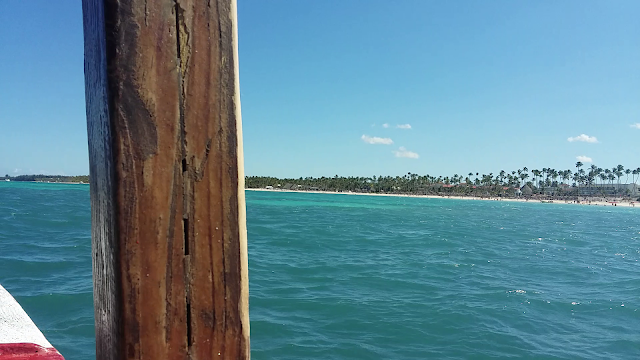 Weather in the Dominican Republic.

DR also got lucky when it came to the weather on this small island. It benefits from the northeast trade winds that bring in the rain.

Rain is essential for agriculture and it keeps the Dominican Republic farming at higher rates.

The hurricane season is at the end of the year.

Haitians had to deal with decades of massive erosion from rampant deforestation making the growth of crops very difficult.

The mountain range that separates Haiti from the DR also blocks most of the rainfall from the east.

It accounts for a semiarid climate, which makes the cultivation of infertile soil even worse.

Port-au-Prince, Haiti experienced massive destruction in 2010 when a 7.0 magnitude earthquake struck its capital. 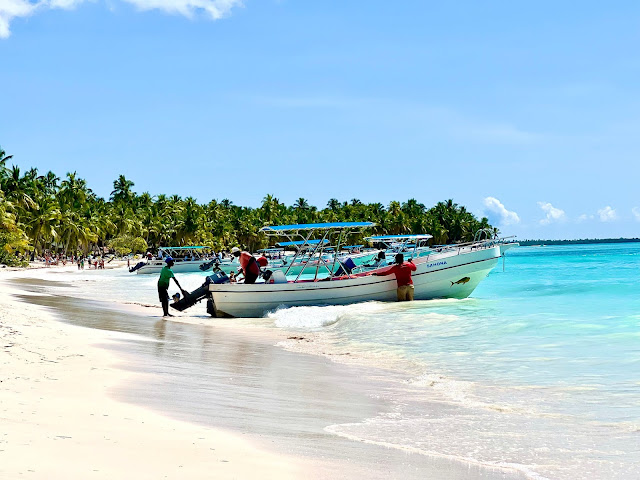 There are parts of The Dominican Republic and Haiti that can be considered a real paradise.

Millions of tourists who visit DR each year will vouch for its natural beauty while not realizing that Haiti offers the same island conditions.

DR will probably have more infrastructure which was funded by, and specifically to support tourism.

Since Spain left some natural resources in the aftermath of its exploits, DR was able to recover to become a striving country.

Although many of them suffer financially, good portions of the citizens are educated and enjoy a higher life expectancy.

The Dominican Republic has evolved positively, thanks to the absence of Tariffs and Sanctions.

In Haiti, you will find more of what today's more experienced tourists are actually looking for. (Untapped Beauty in noncommercialized communities.)

Haiti has remained mostly rural and experiences hardly any of the touristic financial infusions other than the Labadee cruise ship stop.

Instead of offering support, emotionally and financially to its island neighbor, to make the entire island of Hispaniola the Caribbean powerhouse it probably would've been today, if not for the European invasions, the Dominican government created even more separation this decade by amending its constitution to kick out their citizens of Haitian descent.

Many say there were racial elements attached to this decision. Favoritism seemed to go to the citizens that received lighter skin and European facial features from decades of forced race-mixing.

Also, when Haitians were seeking refuge in DR after the earthquake, many Haitians and Dominicans pointed to skin color as a deciding factor on who could stay and who had to go back to the temporarily unlivable conditions. 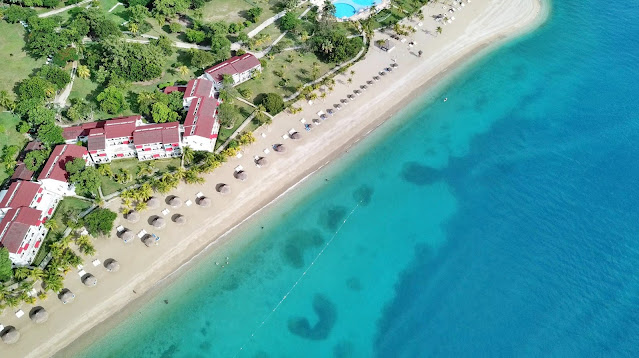 Sanctions from other countries and environmental disasters like numerous earthquakes and infertile soil are the number 1 and 2 reasons why Haiti is not the craved tropical destination like parts of The Dominican Republic are.

Of course, their history is more nuanced than can be expressed in a short article like this.

If you ask the residents of Haiti why they are behind the DR in economics, they will tell you;

It's been years since the last natural disaster in Haiti.

Ignorant people will tell you that Haiti seems to never catch a break because of the color of most of the resident's skin.

I've heard a preacher on TV (700 club guy) say once that Haiti was being punished by God for kicking out their French conquerors.

I feel this is a notion more ridiculous than the racists.

At the end of the day, both of these countries that make up Hispaniola are worth a visit. You can and probably will experience the same positives and negatives, no matter which side of this island you visit.

Don't let international propaganda steer you away from exploring either of these beautiful nations.